The next series of posts will be from a recent trip to California for a vacation, and of course a few airplane photos. Stay Tuned !!!

The photos in this post were taken at Santa Monica Municipal Airport KSMO, Los Angeles.
See here is a Beechcraft King Air 200, N370CS operated by CALSTAR, an Air Ambulance operator for Trauma Patients in the California area. 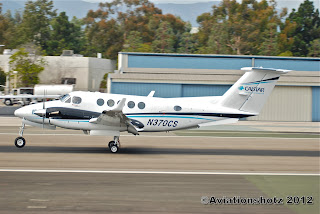 12th October 2012, Los Angeles, CA, was when the Space Shuttle Endeavour, OV-105 made history again. At 0200 hours the Shuttle rolled down the access point road next to runway 24R and at that point was transferred from the care of a Federal Facility,  Los Angeles Airport, to the People of Los Angeles. The Shuttles last 12 miles will be by road atop a large transporter. 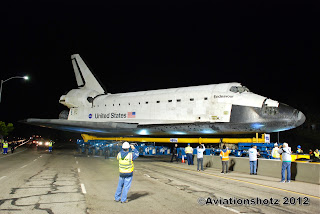 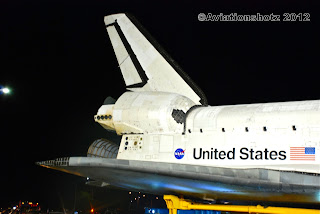 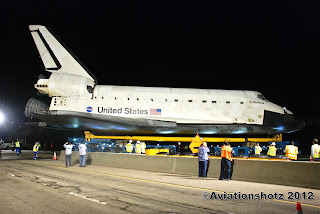 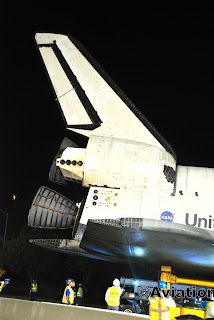 Arriving from Tonga, on a wet Auckland afternoon... 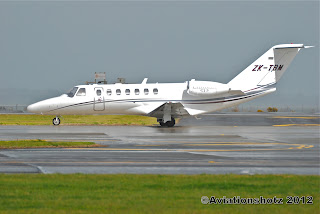 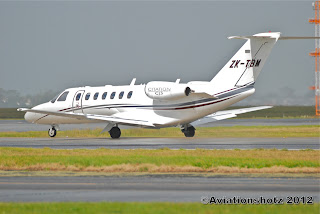 On my previous post of the visit to Auckland last summer of Boeing's B787-800, ZA001, promotional tour down under were photos of the outside of N787BA. Here are some of the inside now.

Email ThisBlogThis!Share to TwitterShare to FacebookShare to Pinterest
Labels: Auckland, B787-800

Arriving from Brisbane late in the afternoon on the 23rd September.