China Southern Airlines started direct flights from Guangzhou to Auckland, back in 2011 with 3 scheduled flights per week using the A330-200.
A couple of months after their flights had begun to Auckland, China Southern announced that their schedule will increase to daily flights. This was of course due to the success of the New Zealand operation.

A couple of photos of flight CZ305 operated by B6135 arriving into Auckland on a winters afternoon. 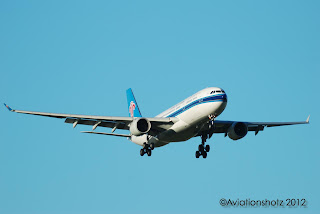 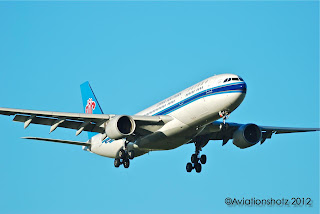 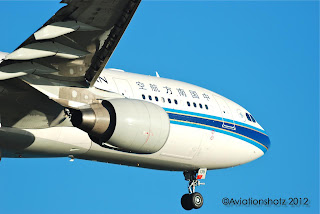 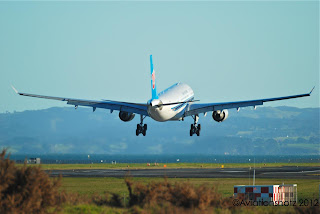 Email ThisBlogThis!Share to TwitterShare to FacebookShare to Pinterest
Labels: A330-200, Auckland, China Southern

Well as to date I have not posted many photo's of Air New Zealand's B777-200ER's that I have taken at Auckland. So here are a some pictures I have taken from different angles around Auckland Airport. Some pictures were taken in Summer and some in Winter so different lighting conditions in each photo.
DON'T FORGET TO CLICK ON THE PHOTO FOR A LARGER VIEW. 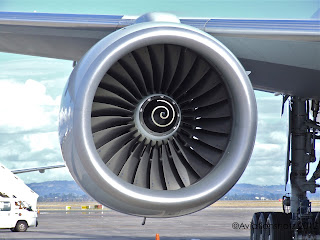 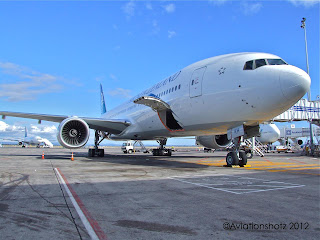 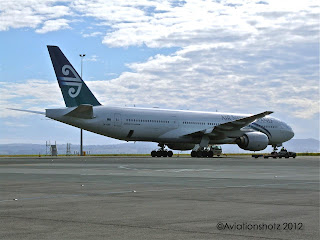 Well the end to direct flights between Argentina and Auckland have finally come to a close with Aerolineas Argentinas AR having pulled the plug on services to New Zealand.
They are now going to operate non-stop from Buenos Aires to Sydney using the A340-300.
I actually don't have many photos of AR, and none of their B747's that used to operate to AKL.

I do remember the nice red vinyl seats they have in the B747's though....um

Here are some photos taken of Air New Zealand's B747-400, ZK-NBS the day before her departure from Auckland for the very last time.
Her last flights were from Auckland to Roswell via Los Angeles.