The Blue Angels maintenance and support crew travel aboard the Marine Corps C-130 Hercules, well known as "FAT ALBERT."
The C-130 tactical transport aircraft built by Lockheed Martin, is flown by an all-Marine crew consisting of 3 pilots and 5 enlisted aircrew. Fat Albert was first integrated into the Blue Angel team in 1970.

As well as providing logistical support to the team, Fat Albert opens the Blue Angel display, by showing off the tactical flight characteristics of the C-130. 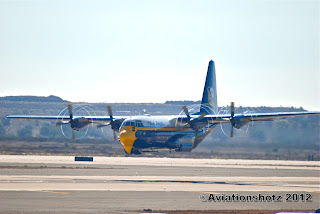 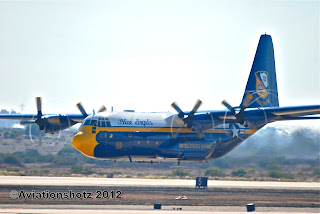 Fat Albert always departs is home port (NAS) Pensacola in advance of the demonstration F-18's to prepare for their arrival before each show. 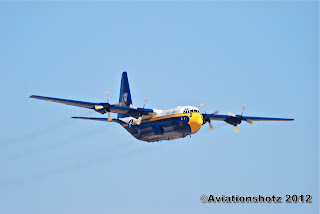 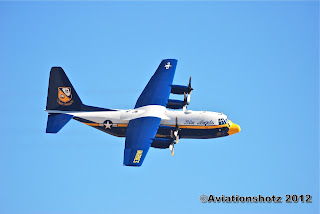 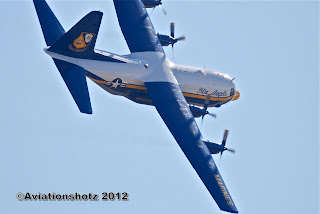 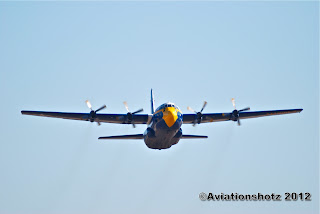