The following photo's are my best of the Blue Angels during their Flying Demonstration.

The precision of the flying and the closeness of the wing tips during this display was just spectacular.

AVIATION EXCELLENCE...I'll let the photos speak for themselves. 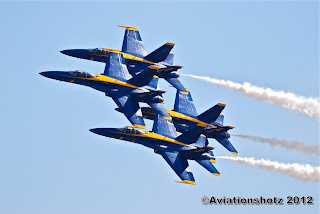 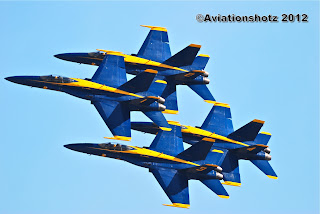 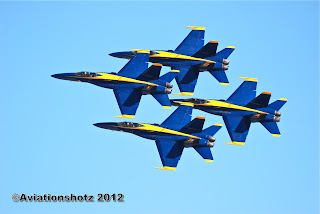 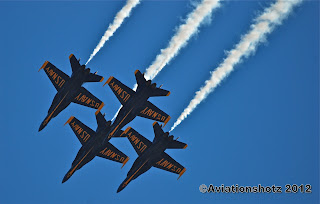 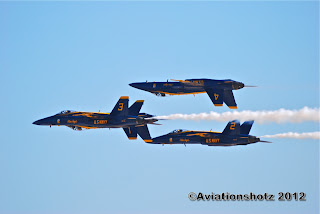 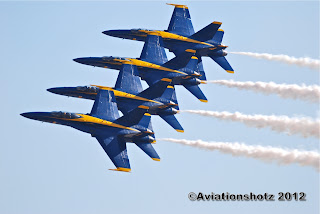 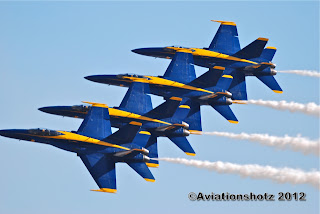 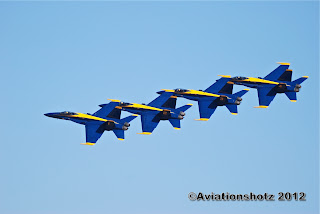 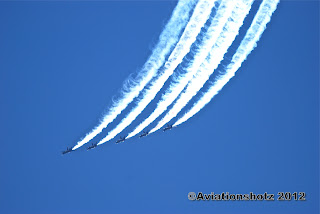 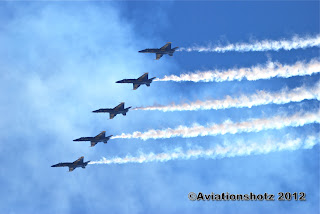 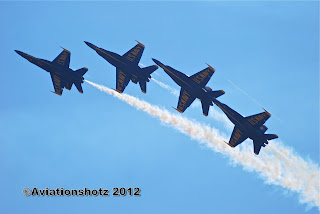 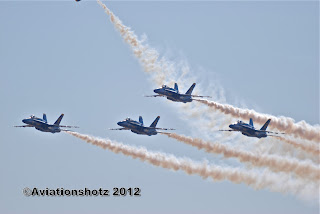 A Total of 16 officers voluntarily serve with the Blue Angels. The Chief of Naval Air Training selects the "BOSS," the Blue Angles Commanding Officer. The "BOSS" must have at least 3000 tactical jet flight hours and have commanded a tactical jet squadron. The Commanding Officer flies the Number 1 jet.
Career-oriented Navy and Marine Corps jet pilots with aircraft carrier qualifications and a minimum of 1250 tactical jet flight hours are eligible for the positions flying jets Number 2 through 7.
The Events Coordinator, Number 8, is a Naval Flight Officer (NFO) or a Marine Corps Weapons and Sensors Officer (WSO) who meets the same criteria as Numbers 2 through 7.
The C-130T Hercules pilots (FAT ALBERT) must be aircraft commander qualified with at least 1200 flight hours.

Some Great photos in this blog..

Great photos of an awesome bunch of fliers,