The F/A-22's combination of Stealth, Supercruise,and Maneuverability and Intergrated Avionics, represents a huge leap forward in war fighting capabilities.
The F/A-22 cannot be matched by any know adversary fighter aircraft. The F/A-22 engines produce more thrust than any current fighter jet engine. The F/A-22 is capable of cruising at supersonic speeds, greater than Mach 1.5, without using the afterburner. This is know as SUPERCRUISE.
It was announced that this was the very first time the RAPTOR had done a flying demonstration at an Air Show.
Also a special USAF Heritage flight was performed with the F/A-22 and the P-51 Mustang. 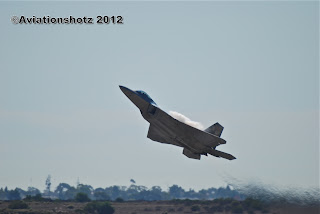 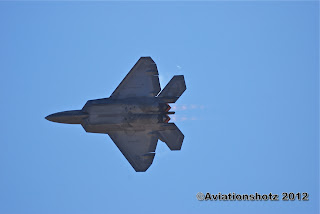 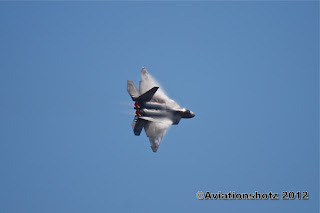 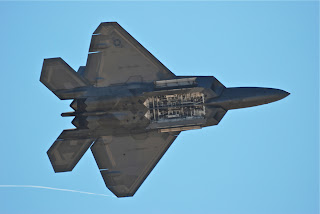 The F/A-22 Demonstration Team is based out of Langley AFB, VA﻿ 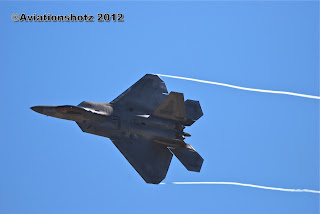 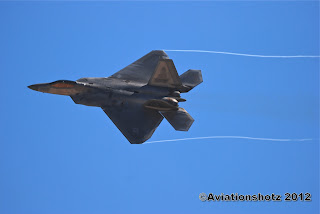 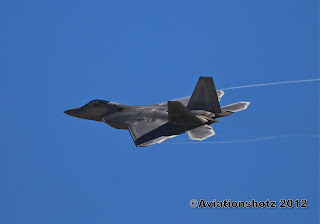 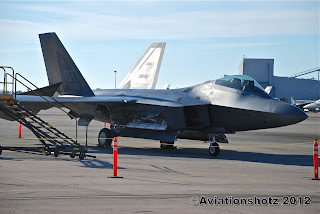 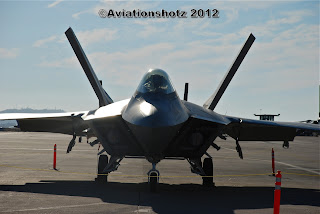 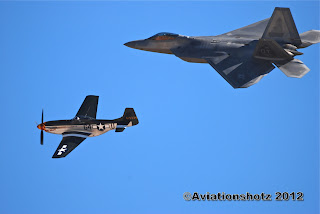