Seen here arriving into Auckland, ZK-SJB
This airframe first flew in April 1997 with a test flight registration of N35135. Western Pacific Airlines took delivery in May 1997 and was registered as N963WP. In May 1998 VASP took delivery and the registration changed to PP-SFK.
In late June 2000, Air New Zealand's subsidiary, became the new leasee of the aircraft and was registered in New Zealand as, ZK-SJB. In 2005, the lease, and operations were transferred to Air New Zealand. 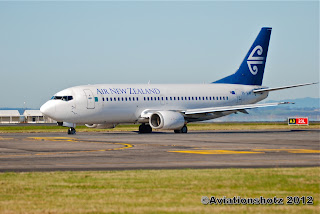 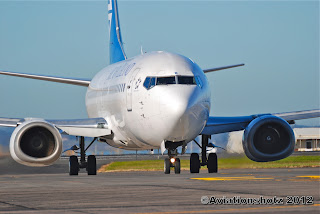 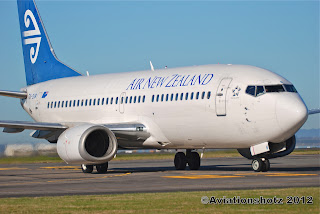